Who are the martyrs today?

This exhibit recalls the drama of people of authority—obedient to crown and church—torturing and killing Anabaptist Christians, people who claimed higher obedience.

The exhibit is based on martyr stories depicted in word and image in the illustrated 1685 edition of the Martyrs Mirror.

It asks questions as current as the morning news:

The Martyrs Mirror story is described more fully in the book, Mirror of the Martyrs, co-authored by John S. Oyer and Robert S. Kreider, Good Books, 1990, second edition, 1999. The 96-page book highlights 27 stories from the Martyrs Mirror, all illustrated with etchings from the 1685 edition. The book also includes the biographies of editor Thieleman van Braght and artist Jan Luyken and tells of the drama of the rediscovery of the plates.

CREATION OF THE EXHIBIT

The Mirror of the Martyrs exhibit is based on the publication of the second edition of the Martyrs Mirror of 1685. Next to the Bible and the Anabaptist hymnbook, no book has been more influential in perpetuating and nurturing the faith of Mennonites and Amish. The second edition is particularly prized because it is illustrated with 104 etchings by the gifted Mennonite artist, Jan Luyken. The original 104 copper plates used in the printing of the 1685 edition were preserved for two centuries but were thought lost in the rubble of World War II.

Search for the Missing Plates

In 1975 thirty copper plates reappeared in South Germany. Mennonite bibliophile Amos Hoover of Denver, Pennsylvania, acquired seven of the plates, but, at the last moment 23 of the copper plates slipped into the hands of a Rhineland art collector. Efforts to purchase the remaining 23 plates failed. In May 1988 Robert Kreider of North Newton, Kansas received word of the death of the art collector and the availability again of the long-lost copper plates. After a year of negotiation the 23 copper plates were purchased by Robert Kreider on behalf of a group of friends of the Martyrs Mirror. Kreider was joined in this quest by John Oyer a fellow Mennonite historian from Goshen, Indiana.

Possession of the 300-year-old plates led to the creation of an inter-Mennonite Martyrs Mirror Trust. The Trust was shaped by three concerns:

Designing and Building the Exhibit

In 1989 a team was engaged to design and build an exhibit. Robert Regier, former chair of the art department at Bethel College, led the team. Chuck Regier, Curator of Exhibits for Kauffman Museum on the Bethel College campus, was responsible for building the exhibit. Robert Kreider, historian, was curator. The following parameters shaped the design of the exhibit:

A modular exhibit system was designed and fabricated: 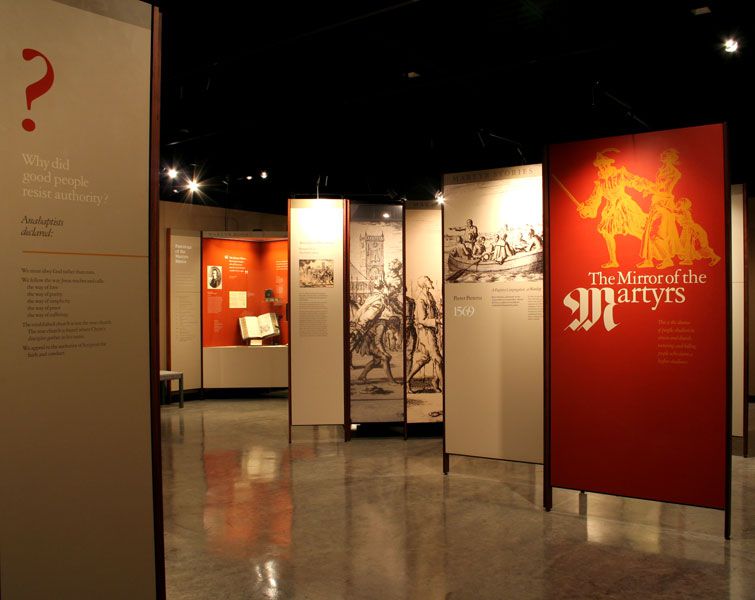 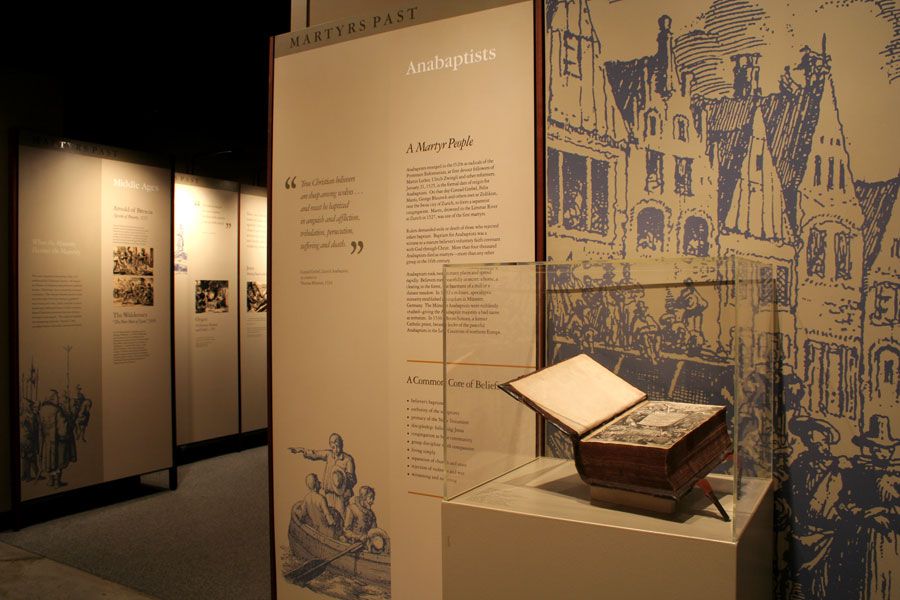 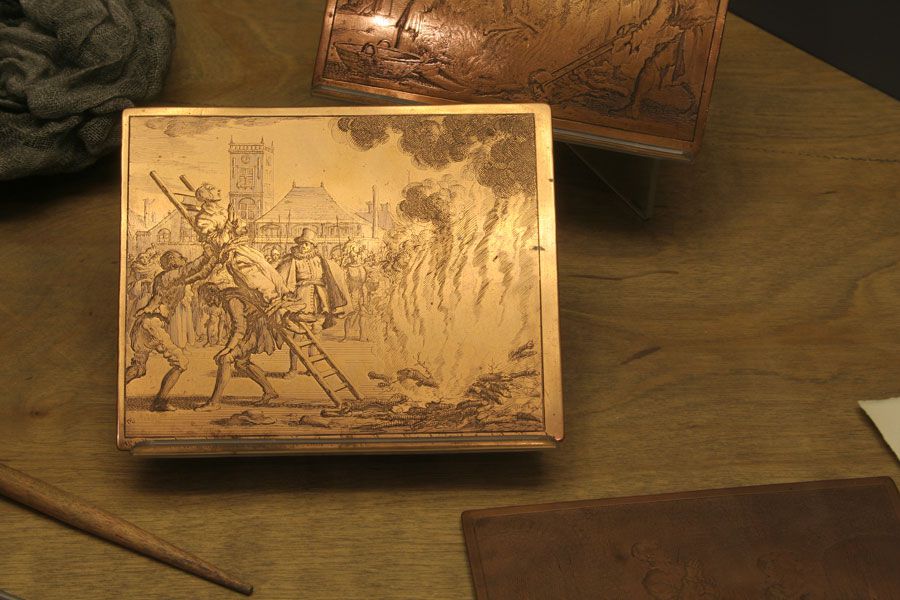 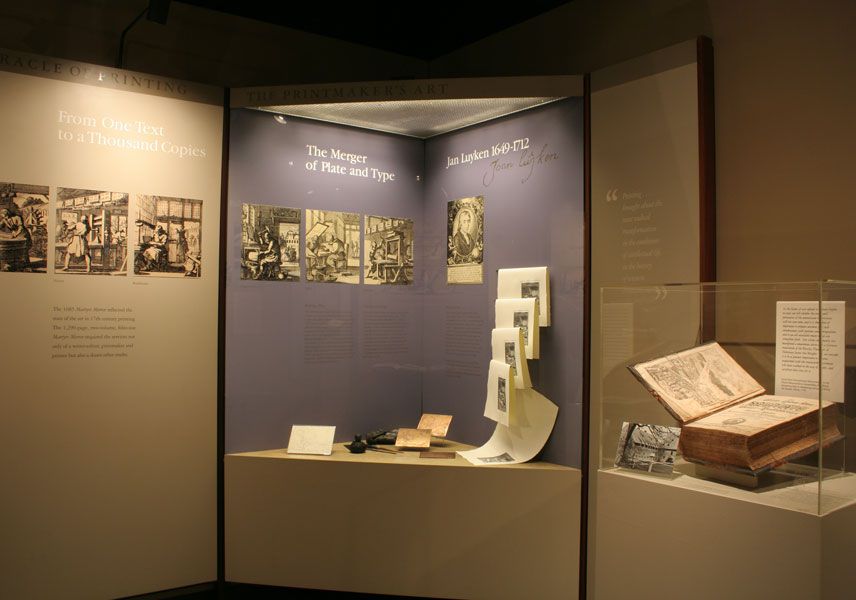 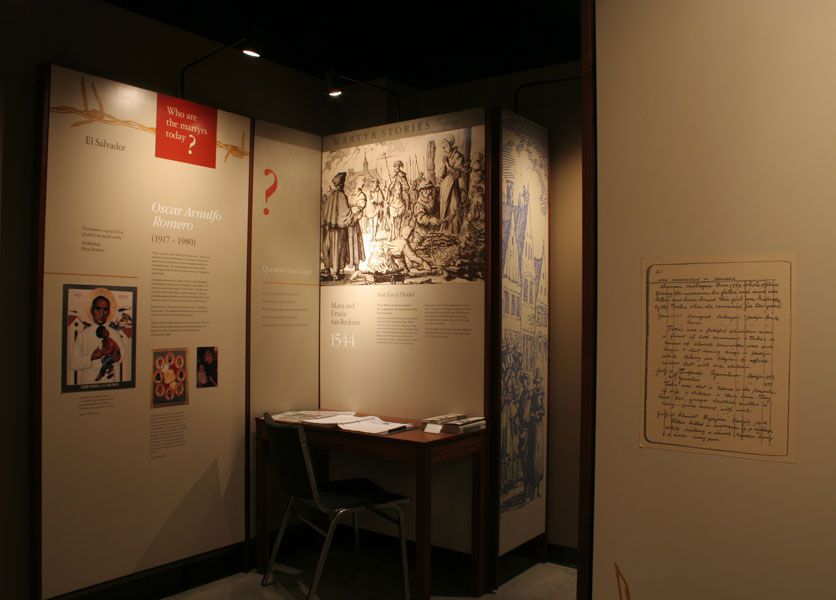 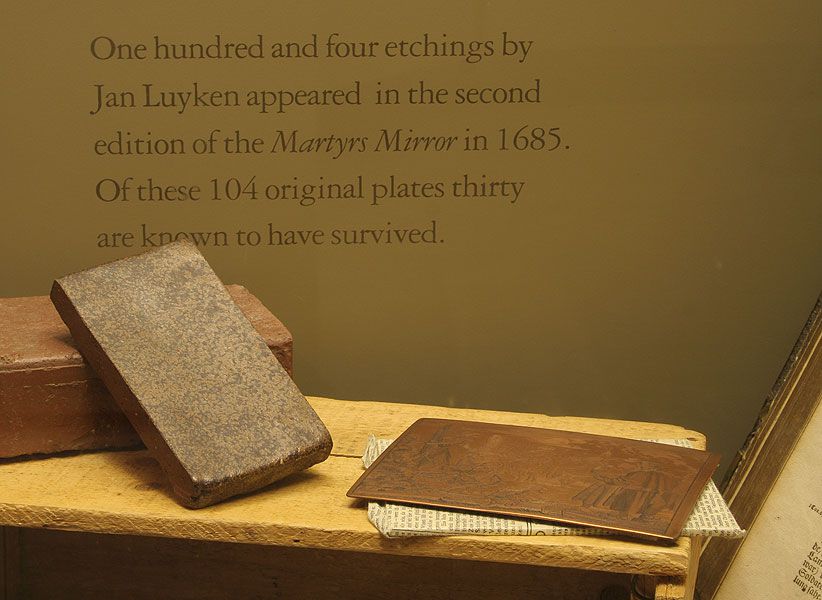 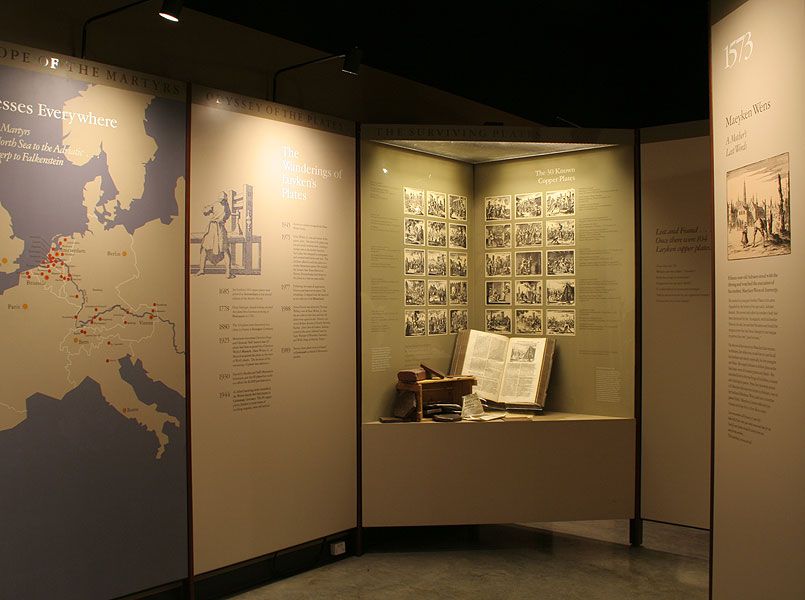 It makes me ask myself, “If I were tried for being a Christian, would there be enough evidence to convict me?”

A powerful message tastefully done in spite of the horror it portrays.

The exhibit is beautiful, so well done, so touching and humbling.

Extremely powerful! It’s hard to imagine my response to situations like this. I hope I will be able to be as good as a witness.

A dramatic exhibit that shows our continuing struggle to be in the world but not of it.