What am I willing to

A traveling exhibit that remembers the witness of peace-minded people against the First World War 1914-1918. This witness included men and women, religious believers and secular humanitarians, political protesters and sectarian separatists. They resisted U.S. involvement in the war, the enactment of military conscription, the war bond drives, and the denial of freedom of speech under the Espionage and Sedition Acts. For this resistance many suffered community humiliation, federal imprisonment, and mob violence at the hands of a war-crusading American public.

This exhibit lifts up the prophetic insights and the personal courage of World War I peace protesters, and suggests parallels to the culture of war and violence in our world today. 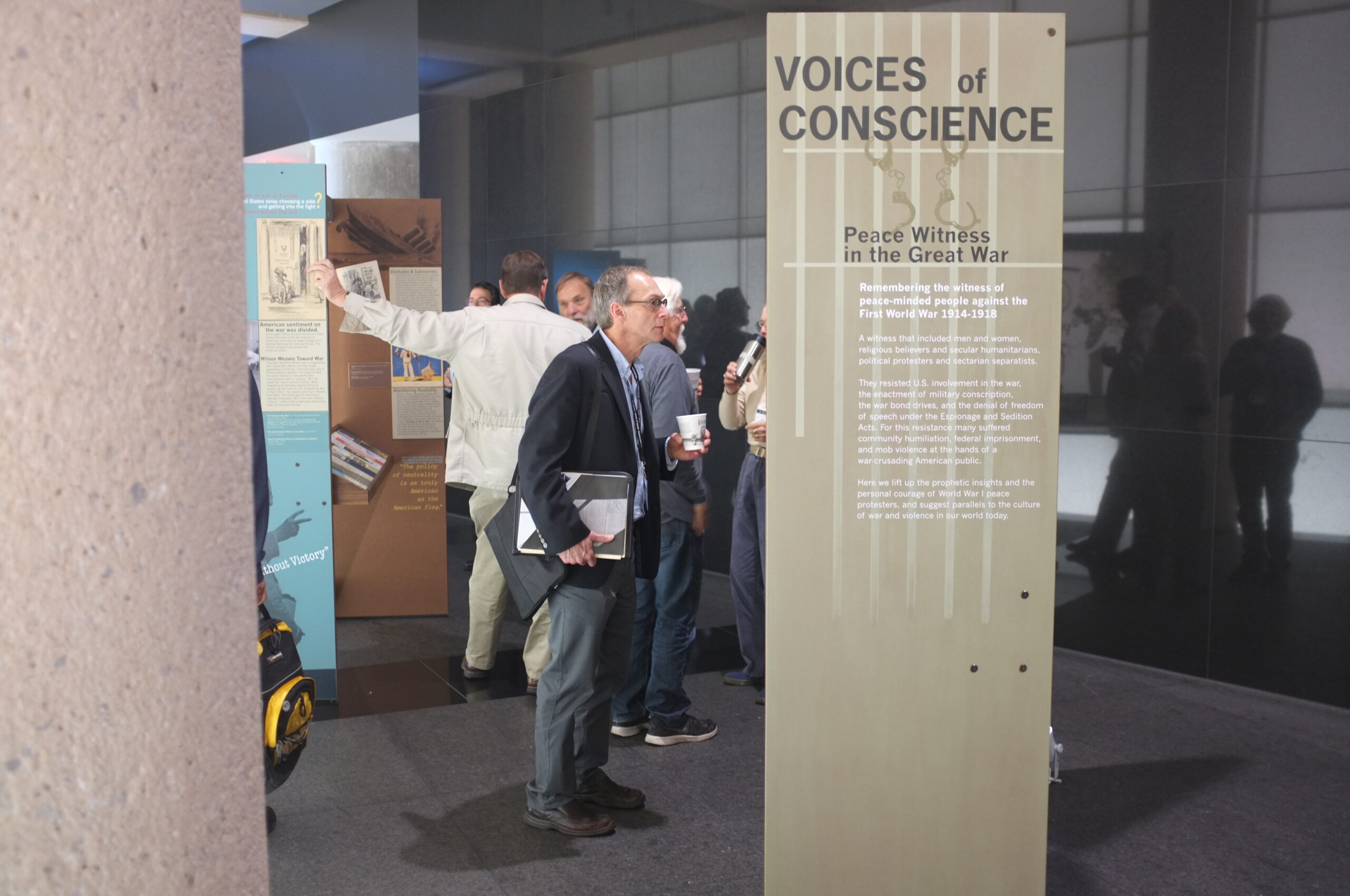 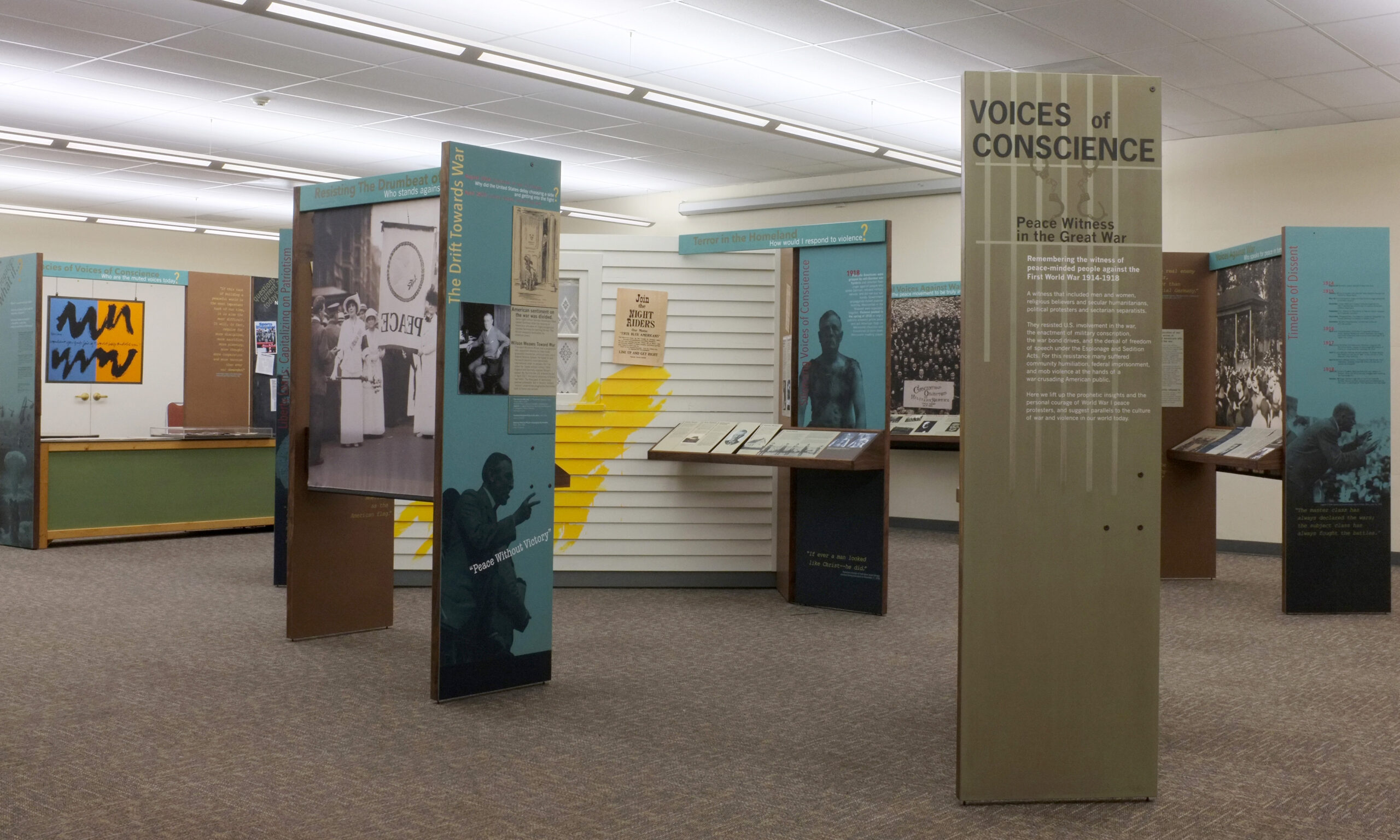 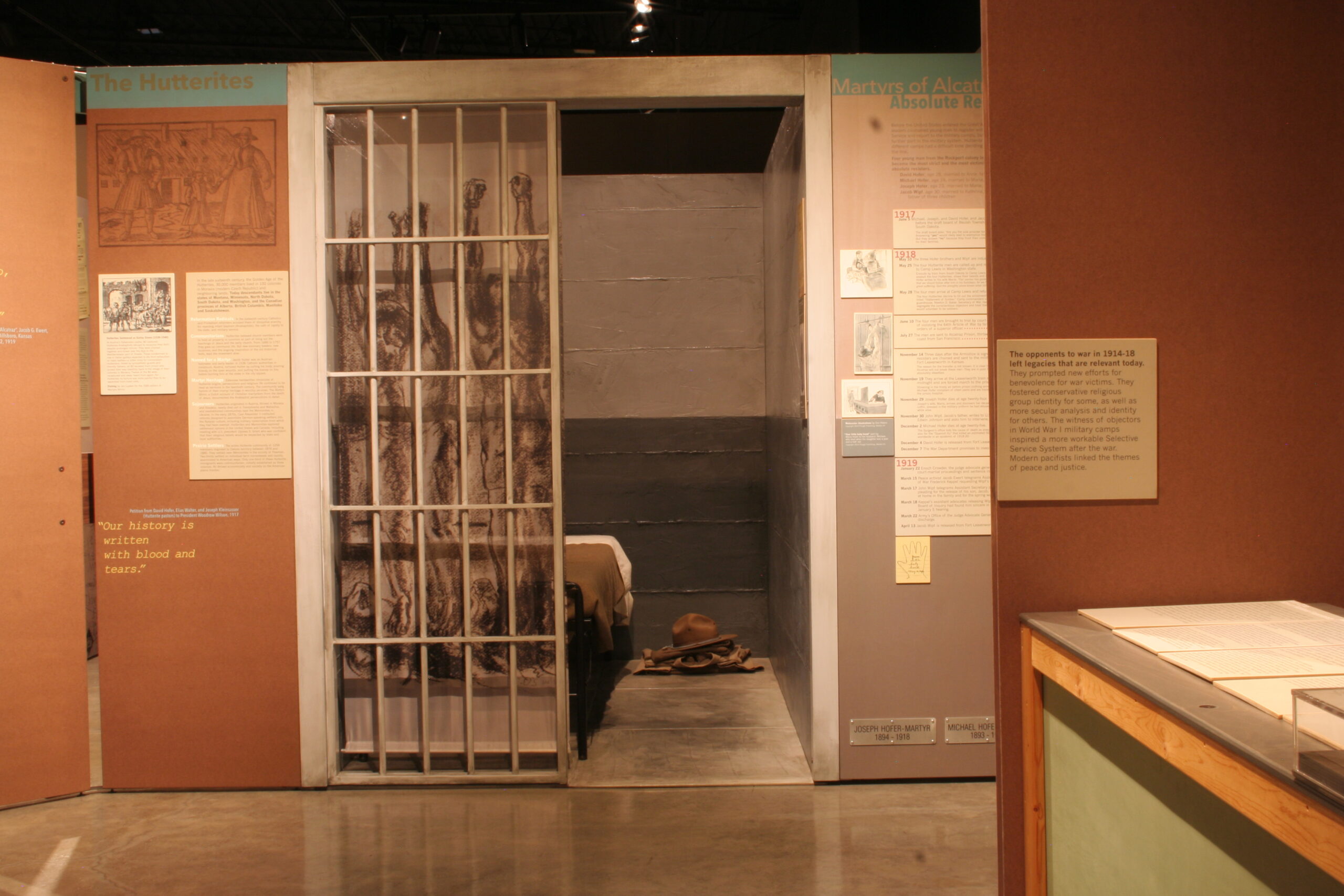 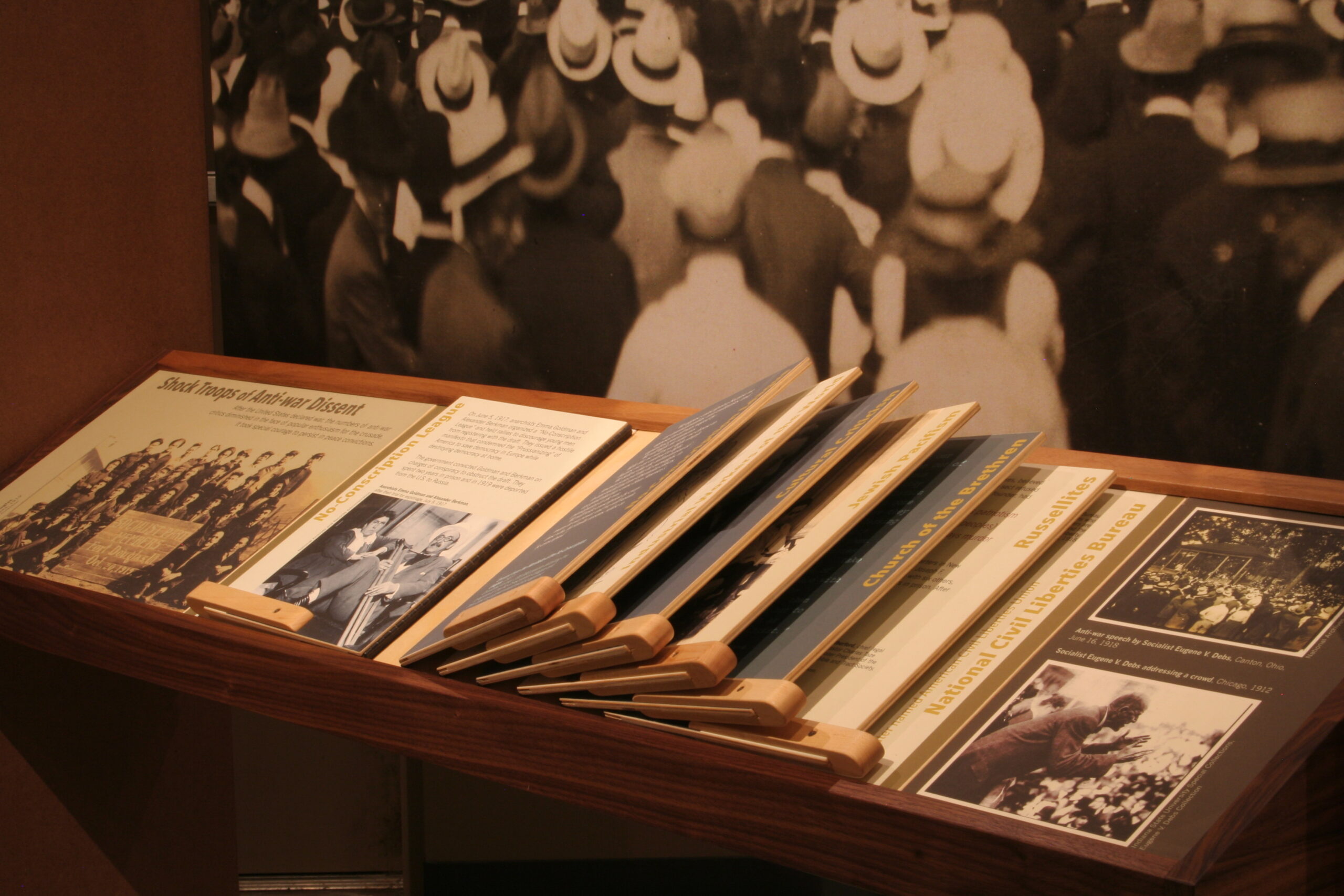 The exhibit is organized in nine themes that encourage exploration and reflection. The theme modules surround a recreation of an Alcatraz Prison cell, the site where Hutterite conscientious objectors were punished for refusing military participation. Text and quotes provide interpretation and raise provocative questions for viewers while large-scale graphics and photomurals immerse visitors in the historical experience of witnessing for peace during “total war.”

Voices of Conscience premiered at the National World War I Museum in Kansas City during the “Remembering Muted Voices: Conscience, Dissent, Resistance and Civil Liberties in World War I through Today” Symposium, October 19-22, 2017.

What is the best way to go through the exhibition?

Are you harming the documents hung by thumbtacks?

May I take photographs of the exhibit?

If the host organization allows photography and/or videography, then Kauffman Museum welcomes visitors to take photographs for their personal, non-commercial use. Please note that some of the images in the exhibit have copyright restrictions that must be followed.

Where can I learn more about the exhibit module system?