Campaign for a New China is currently being developed as a traveling exhibition. For information about booking this exhibition, contact Chuck Regier, Curator of Exhibits.

In 1966, Chinese Communist Party chairman Mao Zedong launched the Great Proletarian Cultural Revolution, a radical movement to be led by workers and youth to purge the country of corruption, elitism, and capitalist tendencies. Mao believed in the revolutionary potential of art and enlisted artists to promote Communist ideals through paintings and prints, many of which were reproduced and distributed as posters. Plastered on street corners and in schools, shops, factories, and homes, Cultural Revolution posters testify to the comprehensive nature of Mao’s campaign by addressing topics such as rural development, community health, gender equality, and the importance of a true Communist education. All Chinese citizens received and were expected to learn from these visual messages. Over 50 years later, we look back on a collection of these posters and reconsider the campaign for a New China.

Campaign for a New China features 51 posters, a portfolio of small-format Huxian Peasant Paintings, and woven portraits of Mao Zedong, Josef Stalin, Vladimir I. Lenin, Friedrich Engels, and Karl Marx. The exhibition narrative includes panels that introduce the Cultural Revolution and propaganda art. Poster captions include the title in Pinyin and English, artist name with birth-death years, year of production, and an interpretive paragraph.

Section and interpretive texts employ “directed looking” language to engage visitors and promote a spirit of inquiry by pointing them to significant details (e.g., How many different education materials do you see in this poster?) and by posing questions that connect to their own experience and encourage them to construct their own meanings (e.g., Would this idyllic vision of collective agriculture appeal to North American farmers?). 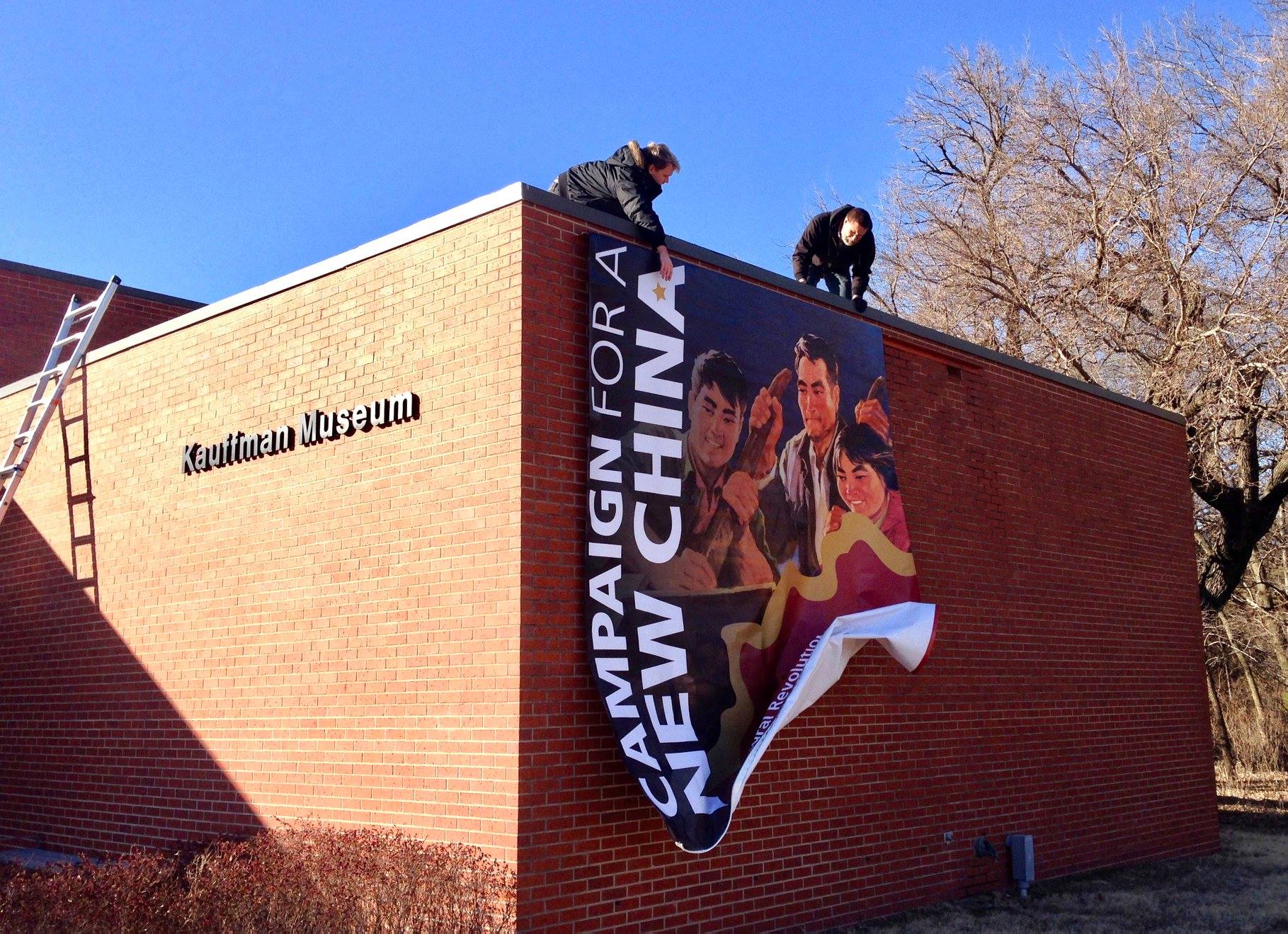 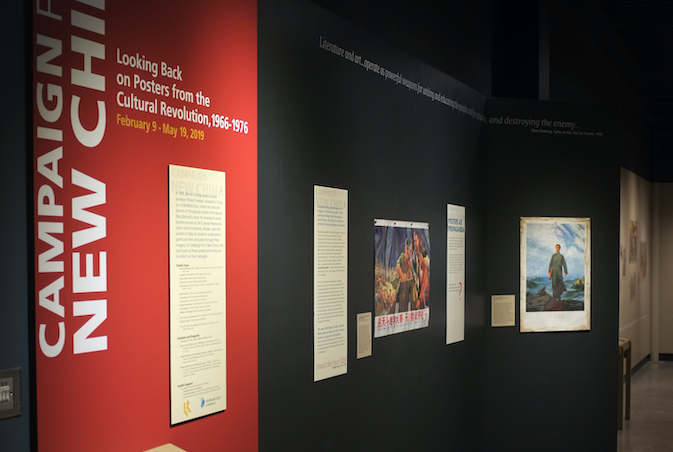 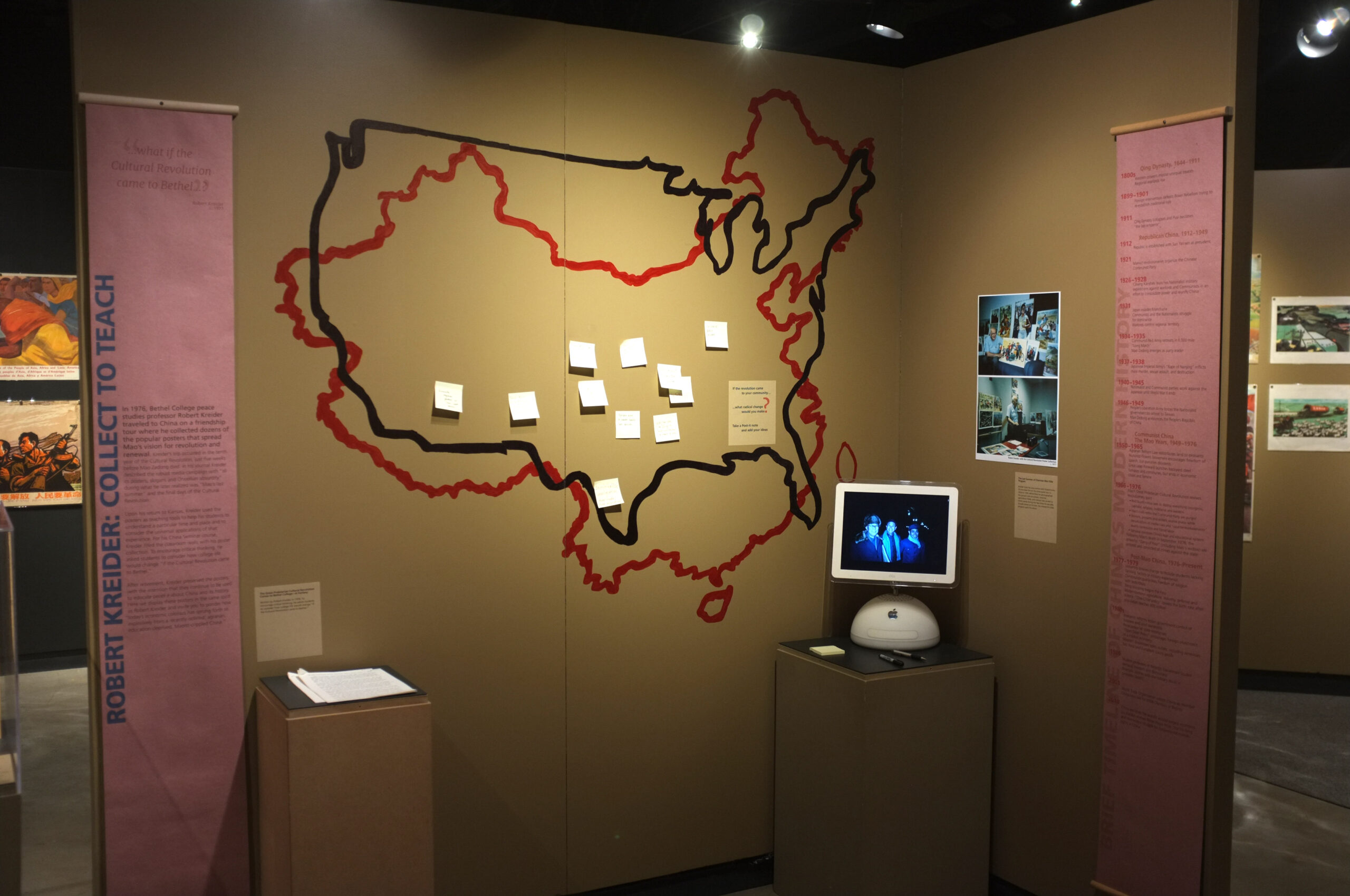 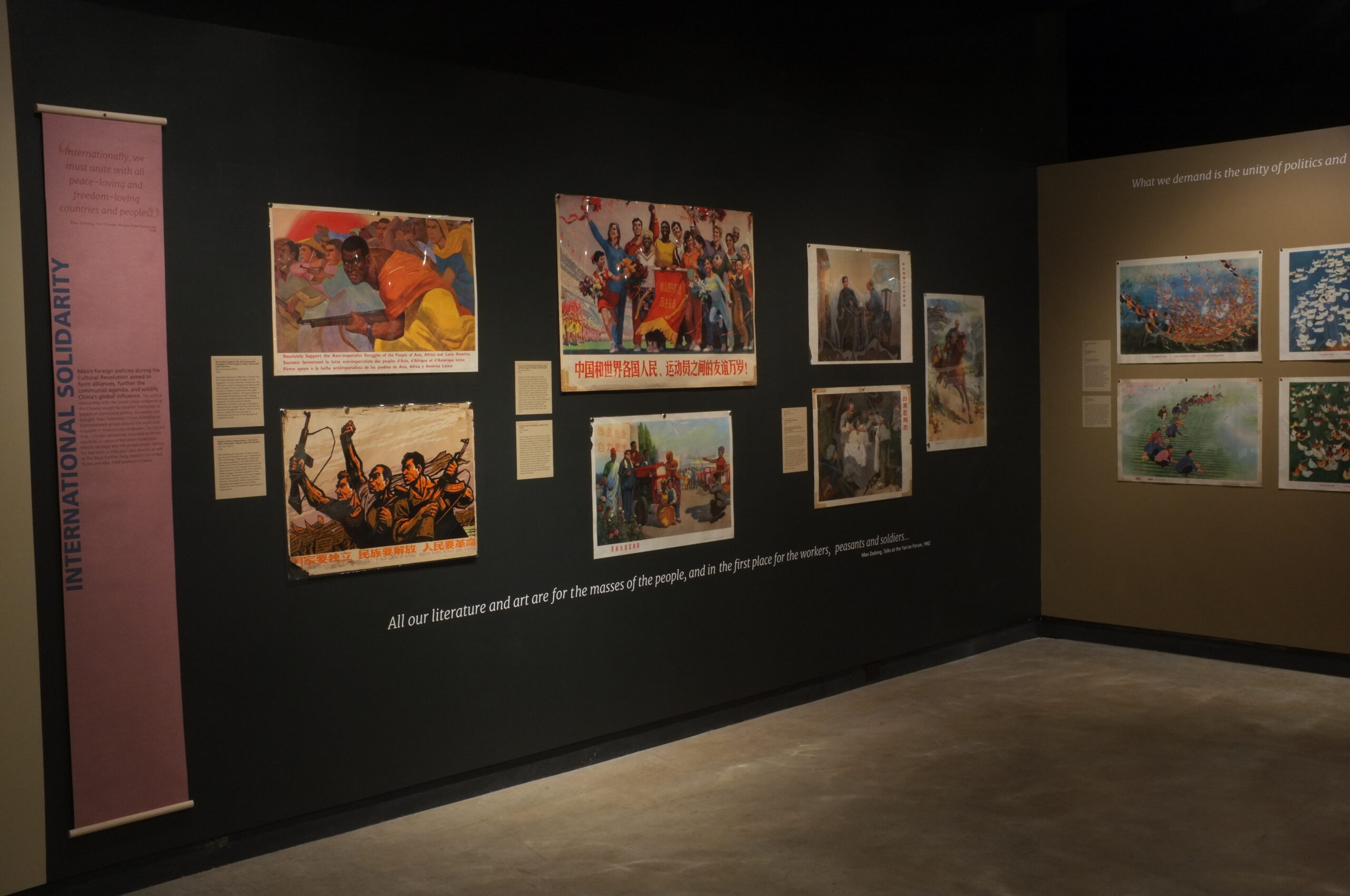 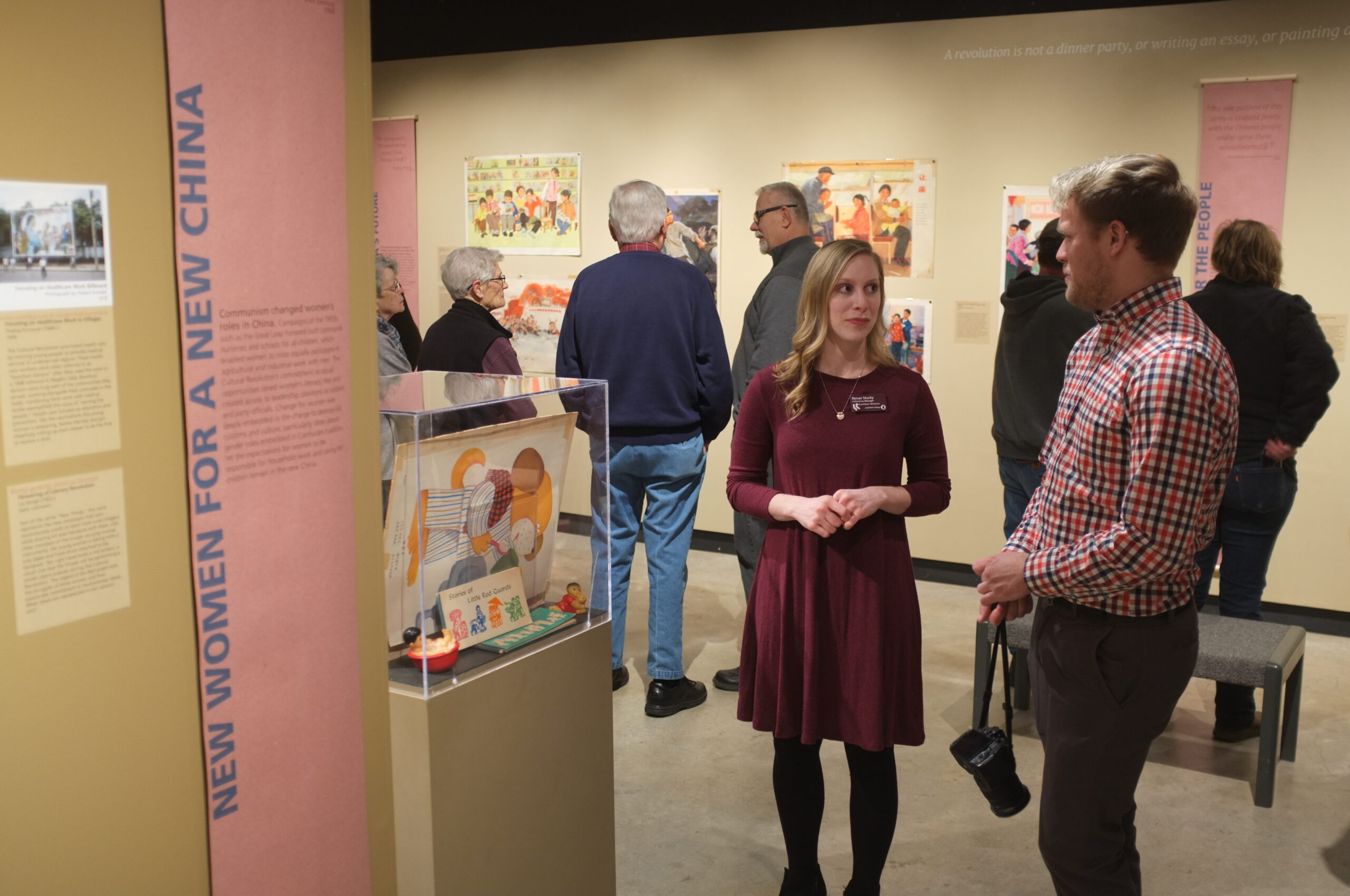 This exhibition was a collaborative venture between Bethel College and Kauffman Museum. 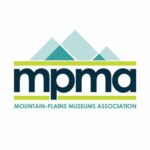 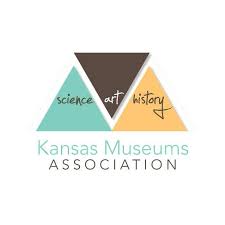