“In the Fields of Time” is a traveling exhibition on Emil Haury and Waldo Wedel, two native Kansans whose archeological explorations of the American southwest and the Great Plains have shaped our understanding of American prehistory.

Emil W. Haury (1904-92), nicknamed “the dean” of Southwest archeology, and Waldo R. Wedel (1908-96), the “father” of Plains archeology, both traced their interest in prehistory to boyhood experiences along Sand Creek in North Newton. Those experiences led them to life-long careers as professional archeologists with international reputations. Haury served on the faculty at the University of Arizona and directed the Arizona State Museum, while Wedel spent his life-long career at the Smithsonian Institution.

The exhibition tells the story of Haury and Wedel in the context of doing archeology in the United States. 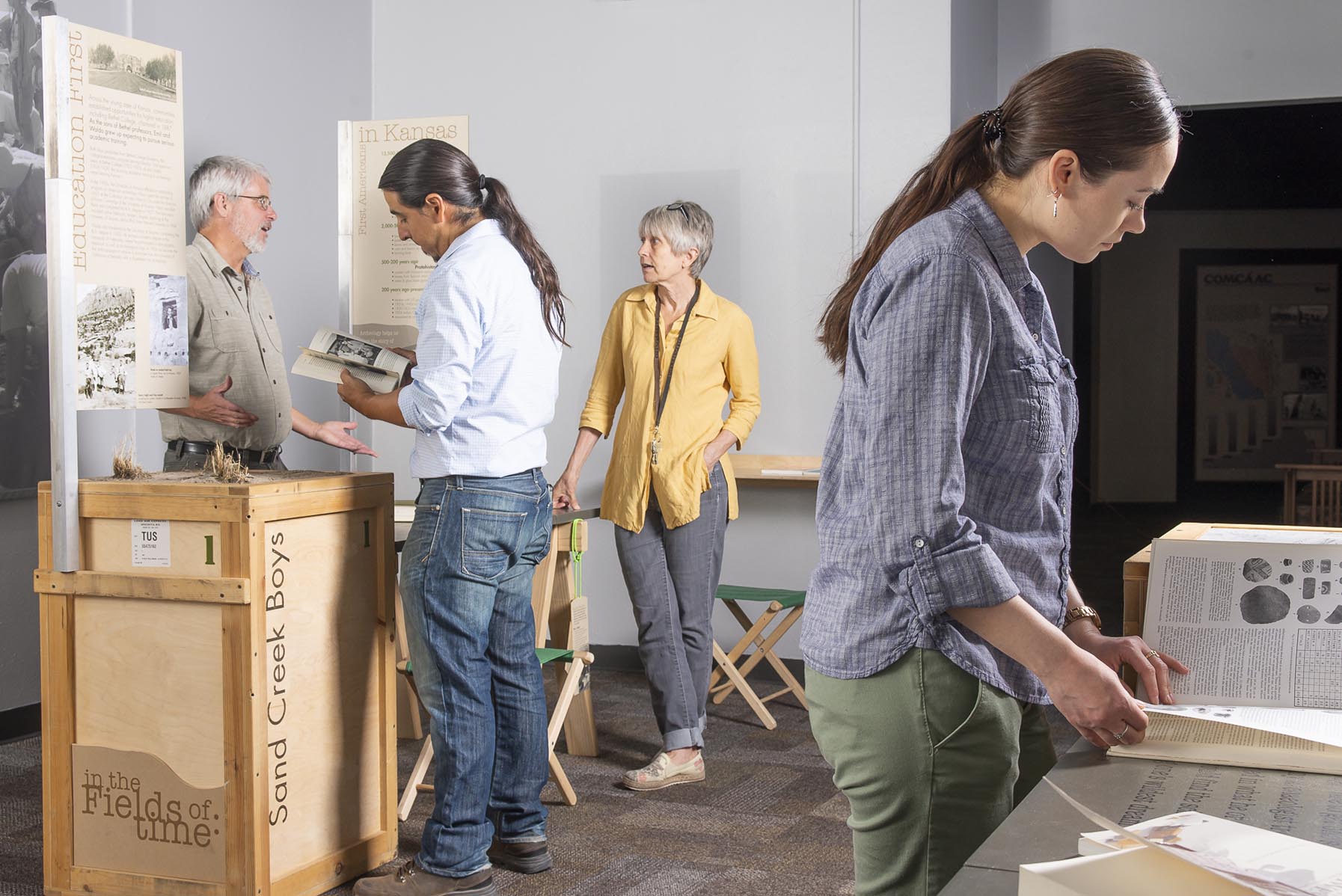 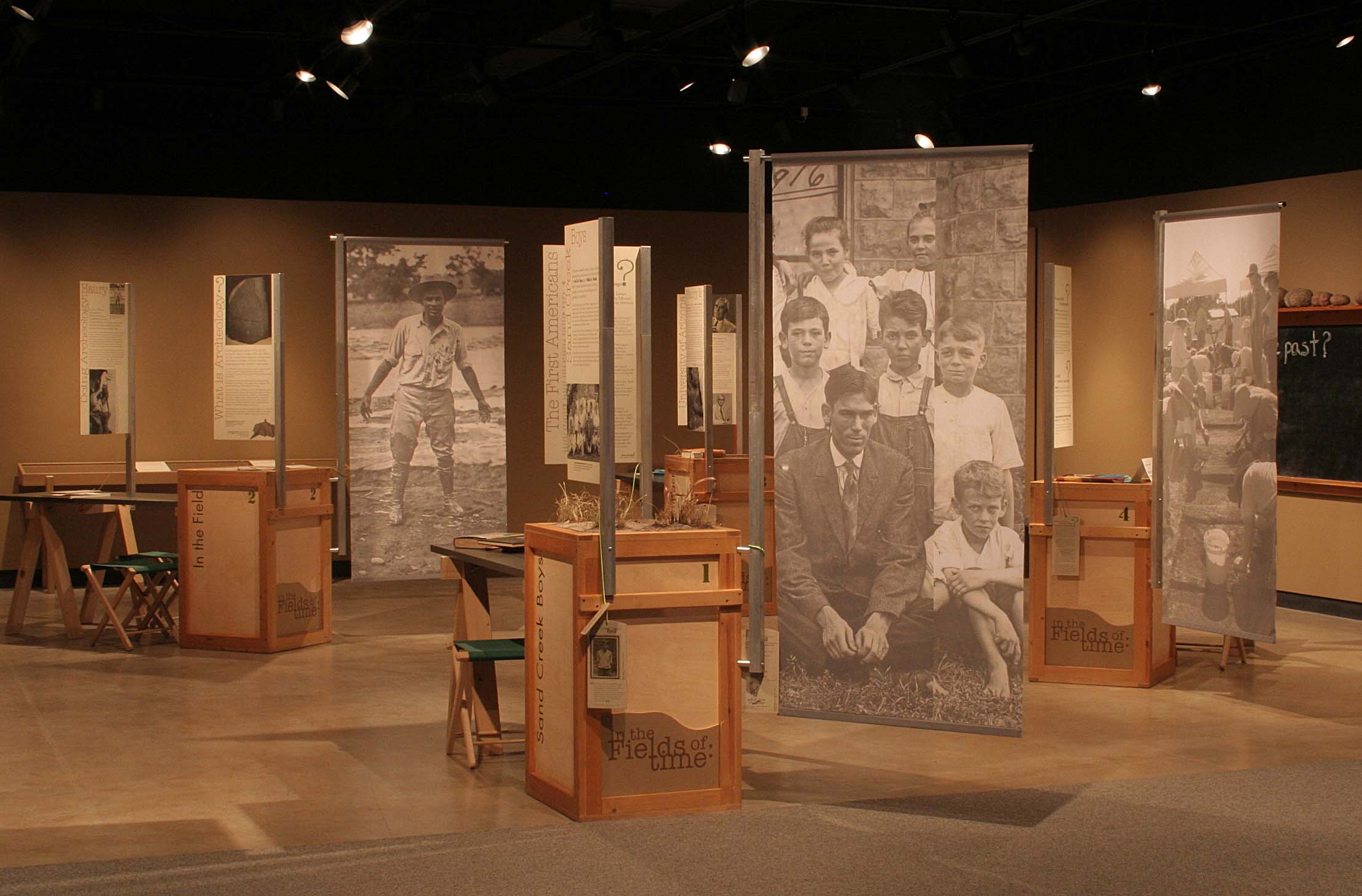 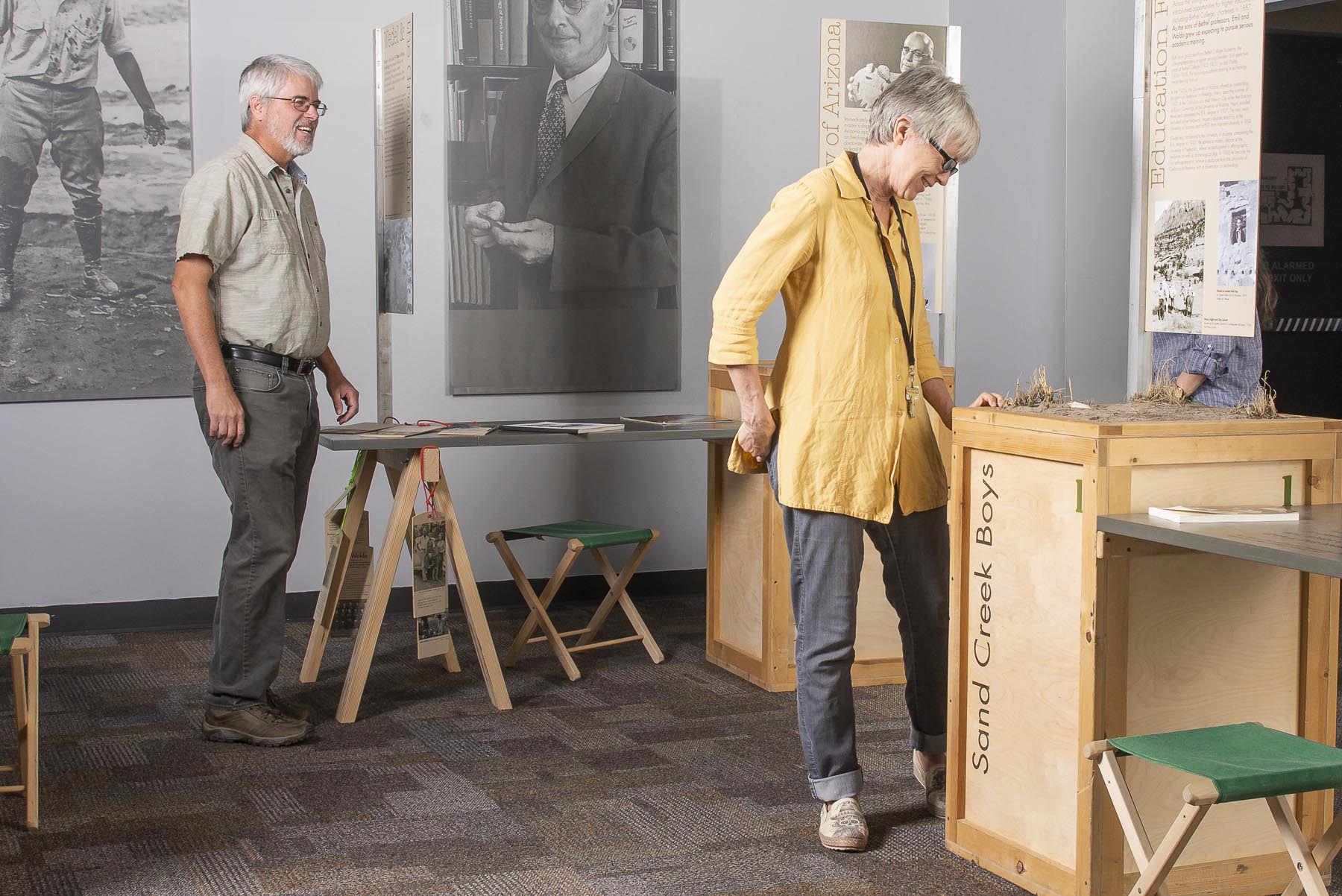 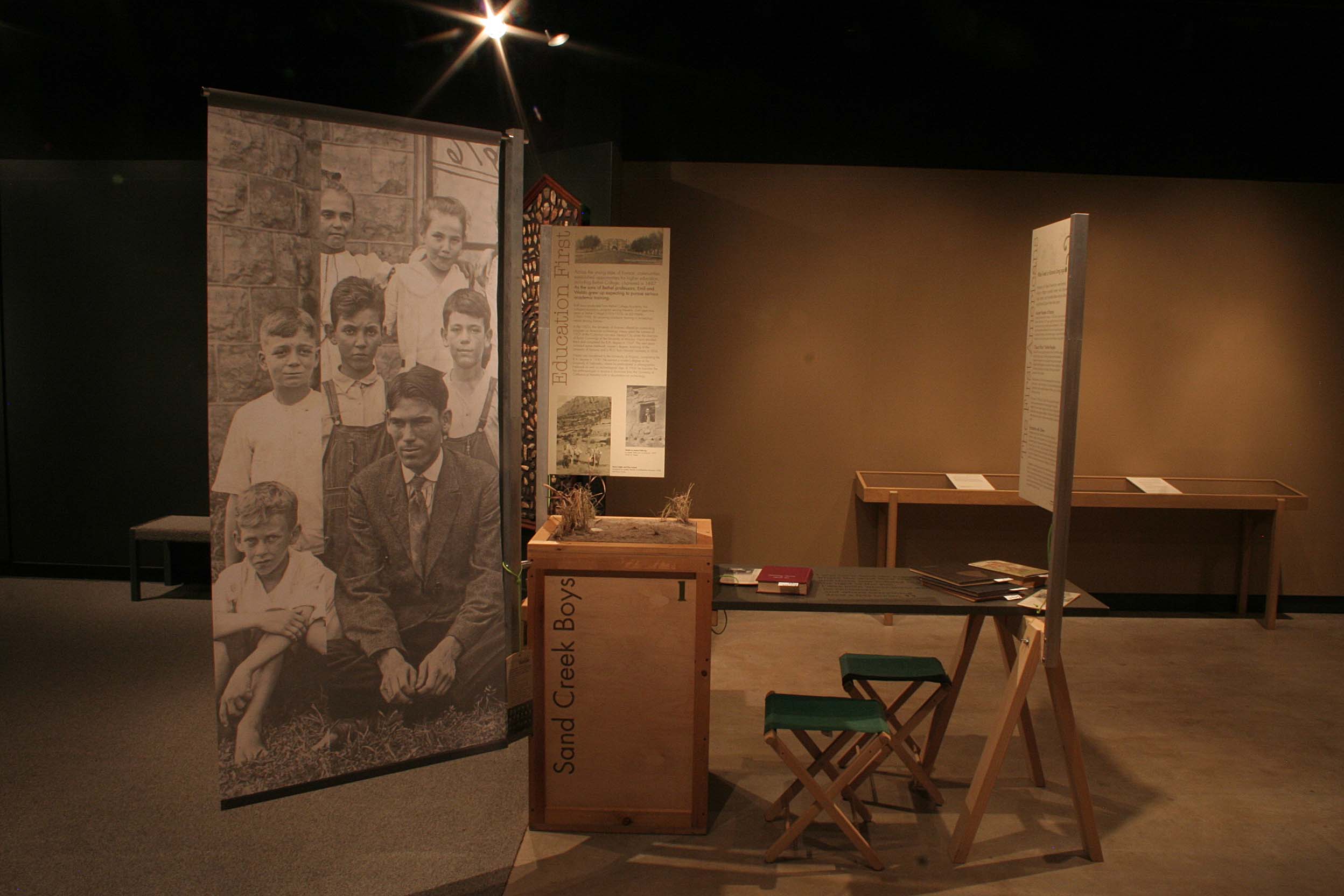 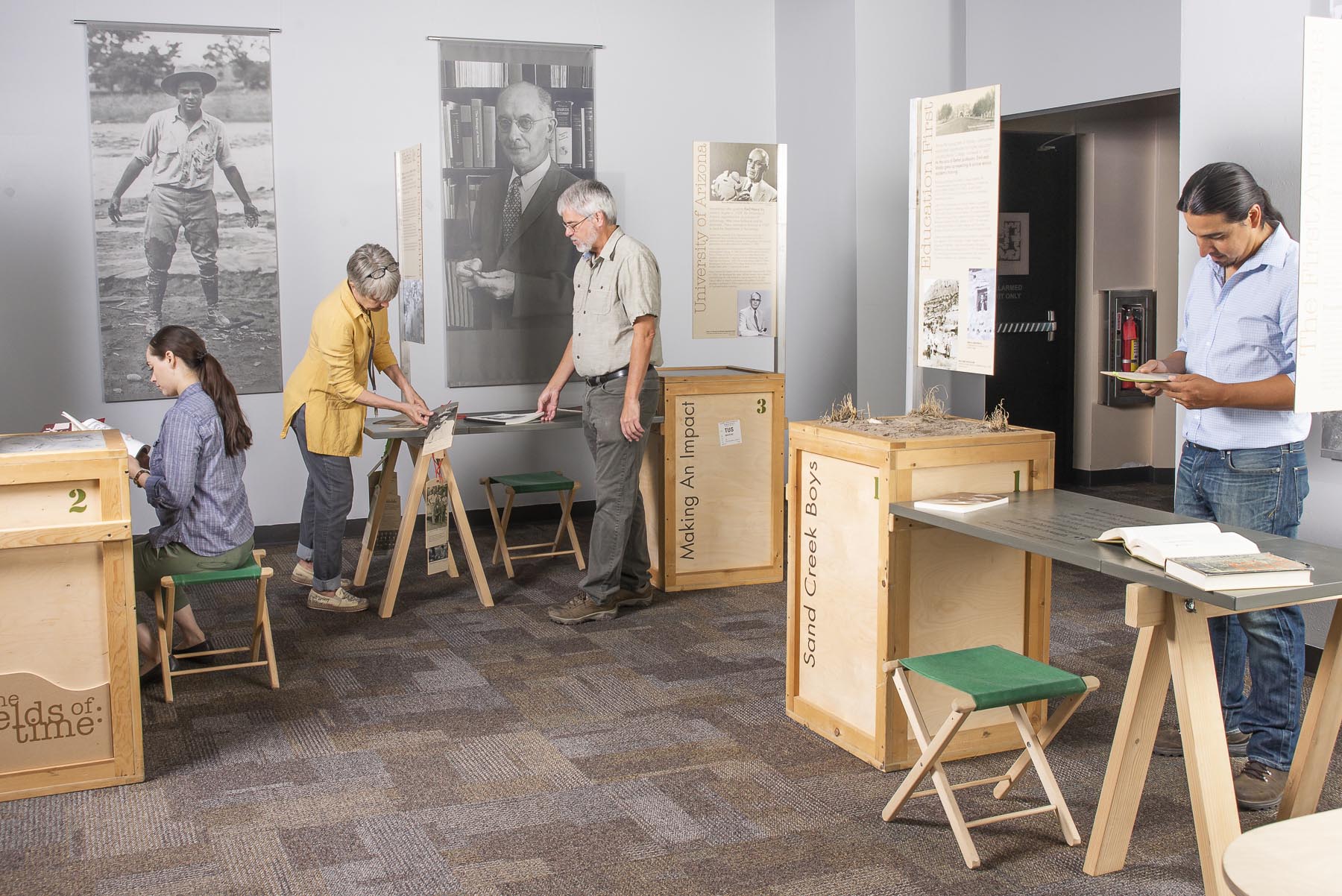